5 Reasons You Need to Take Up Japanese Language Course

Are you looking to work in Japan or a good MNC in India? Are you aware of the immense possibilities that could open by working in Japan or learning the language? Currently, Japan is the third largest economy in the world, with 128.3 million speakers speaking the language across the globe. The scope of learning Japanese language opens a huge opportunity globally as the Japanese community can be found in Brazil, United States, the Philippines, China, and several other countries.

In the global culture today, learning a foreign language has become important. Although Indian education system primarily feeds on English, other languages from across the globe are also catching up. Japanese language finds a special place in Indian community as many Japanese companies are opening their units in India. Moreover, learning Japanese language can help in getting placed in a good company in Japan.

5 reasons why you should learn Japanese

The Asian subcontinent is continuously increasing its global footfall. There are many economic strategies being developed between Japan and the US. However, the US industries are outsourcing most of their works to the developing countries. You have a better chance of earning a good job if you have taken up the course in Japanese language. Moreover, it gives an international exposure as you are now a master of a language that’s not your own.

The culture of Japan is unique, it’s a mix of both traditional and modern ideas and practices blend together. Japanese culture imbibes a lot of traditional features along with Zen practices that makes it highly aesthetic and rich. Their letters, fonts, and literature are also very well composed, making it one of the best sorted languages across the globe. Learning Japanese language can help you not only learn a new language but also imbibe a new culture that is so full of aesthetics and culture.

The immense downfall of Japan during WWII had left the country totally devastated. How it revived itself over the last few decades are remarkable and worth learning. It’s impressive how the Japanese have turned their tables from such massive devastation. Today, it is a highly economically successful and creatively upscaled country. The leaders are venturing to several technological advancements like semiconductor, robotics, biotechnology, AI, etc.

If you get an opportunity to work for a good company and get placed in Japan, you get good chances of learning the technology, something that can add up to your Resume.

Although technology is bringing up various apps that can translate several languages, learning Japanese language can give you the opportunity to work as a translator. Several embassies these days have opportunities of employing youngsters with knowledge of Japanese language as translators. After the global expansion of Japanese industry, it has grown manifolds and has also spread globally. Hence, you get the opportunity to work as a translator anywhere around the world if you learn the language.

There's a lot of business tie-ups happening between the U.S. and Japan which is of high economic significance. This provides a huge window for you to explore global opportunities once you learn Japanese language. Once you have learnt Japanese culture, you have a better chance of getting appointed in a good company that can take you travelling through the U.S. and Japan along with other countries. 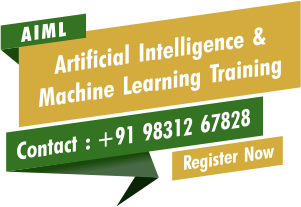